Car Issues Already? Our Experienced Carlsbad Lemon Law Lawyers Are Here To Fight For You

Located along the coast between Los Angeles and San Diego, Carlsbad is a popular place to live and a popular place to visit. Residents and visitors in Carlsbad frequently rely on their vehicles to travel around the area. Getting to attractions like Legoland, SeaWorld, or the world-famous San Diego Zoo with your family requires a reliable and safe vehicle.

Many Californians buy or lease a vehicle because they need reliable transportation. However, when a problem arises, vehicle owners need their cars fixed quickly and correctly. Persistent or dangerous vehicle issues can disrupt routines, cause unnecessary stress and anxiety, and put people’s safety at risk. If you suspect that you have recently bought or leased a lemon, don’t wait. Talk to an experienced Carlsbad lemon lawyer today. The team at Wirtz Law APC can help determine the next best steps for your lemon law case.

In 2019, the California Department of Motor Vehicles issued over 3 million vehicle registrations for vehicles in San Diego County, including Carlsbad. This number is the second-highest total for any California county after Los Angeles County.

Manufactures with the Most Lemon Law Claims

Automakers are not equally represented in lemon law claims. The five automakers named most frequently in California lemon law filings include:

When Do California Lemon Laws Apply?

California lemon law applies to vehicles purchased or leased “at retail” from an auto dealership, distributor, or manufacturer. The law covers the following:

In California, a small business may bring a lemon law claim if:

A “reasonable number” of attempts can be as few as two times and it can be for the same or different defects in the vehicle. The question is whether the number or attempts was reasonable based on the nature of the defects.

A Carlsbad consumer purchased the vehicle in a private sale

The business does not meet legal requirements

If the problems happened because the owner pushed the car beyond its manufacturer’s intended limits, California’s lemon law would not apply. Lemon laws cover only vehicles that develop problems under ordinary, expected use conditions, even if those uses were for business.

If an exception applies in your situation, you may not be able to claim protection under the lemon law. However, you may have other legal options. Talk to an experienced Carlsbad lemon lawyer to learn more.

California lemon law also outlines the compensation vehicle owners may receive if their vehicle is a lemon. This compensation falls into at least three categories:

To help protect your interests, keep records. Collect copies of repair bills, towing bills, and other losses related to your vehicle, and keep them together in a safe place. These records can help establish exactly what you’ve lost from your lemon.

Compensation for related losses is also known as “incidental and consequential damages.” These are losses caused by the fact that the vehicle was a lemon. Common examples of incidental and consequential damages include towing fees after a vehicle breakdown or transportation expenses like a rental car or bus passes because you could not rely on your vehicle for transportation.

California’s lemon law also requires automakers to pay attorneys’ fees and costs if the vehicle owner wins their lemon law claim. This amount is paid in addition to damages for the vehicle and any other related losses.

The best way to boost your compensation is to hire an experienced lemon law attorney.

Why You Should Hire a Carlsbad Lemon Law Attorney

Under California’s lemon laws, a vehicle owner does not have to hire a lawyer.  claims. However, hiring a lawyer offers several benefits – and it will cost you nothing. Reasons to hire an experienced California lemon lawyer include:

A History of Results

Wirtz Law has successfully obtained recoveries for our clients in excess of $40 million.

Our client, the plaintiff, purchased a brand new 2014 Focus for $40,007, including add-ons and financing. Within three days, the transmission began to slip and…

Our client, Sam P. purchased a new 2010 BMW X5, as a premium luxury SUV to enjoy in his retirement and to use for safe…

Matthew J. and Marisa J. bought a used 2011 Dodge Durango to be their primary family vehicle, to be used to drive to and from…

Even if you suspect your vehicle isn’t covered by California lemon law, a free consultation with a lemon lawyer is valuable. An attorney can help you determine whether your suspicions are correct. If the lemon law doesn’t apply in your case, a lawyer can help you identify other options you may have under other state or federal laws.

If you’re struggling with a problem vehicle, talk to the experienced Carlsbad lemon law team at Wirtz Law APC today. We will help you understand your options under California lemon law. Contact us today to schedule a free, no obligation, confidential consultation.

"Fought Hard for Us"

I needed a law firm to help me return a real lemon of a car!  Jessica, the attorney who was helping us actually listened and cared about us.  She explained things in detail and followed up with any questions…

Had a great experience with Wirtz Law APC. I highly recommend to use their services!

The Attorneys at Wirtz LAW APC had done an amazing job to solve my lemon car issue, I recommend them to anyone who has a lemon car to contact them, amazing work!

Wirtz Law was handed my 3-year-old automobile case by another firm with only 1 month to prepare for trial. They put all of their expertise into their preparation for my case. Richard Wirtz is not only a brilliant lawyer…

"Best Firm to have on your side hands down"

I only have a few things to say about Wirtz Law, Amazing & Friendly. They treat you like family. They make sure you know everything that’s going on with your case and if you don’t understand something they go…

Wirtz Law did a fantastic job for me. They were able to recover much more than expected. I wouldn’t go anywhere else! 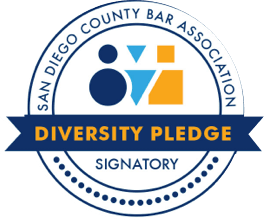 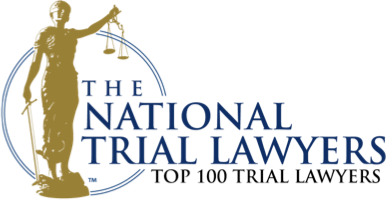